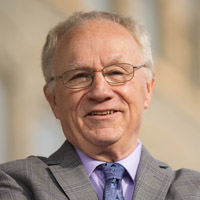 Dave Racer, MLitt, received his Master of Letters Degree from Oxford Graduate School in 2009. Dave’s master’s thesis is titled A Comprehensive Approach to Health Care Reform in the United States: 25 Keys to Understanding the Challenges. He did his undergraduate work at Macalaster College, the University of Minnesota, and the University of Southern Mississippi.

Dave is a writer, researcher, publisher, speaker, and teacher. As such, he has written and/or edited more than 50 books, 20 of which focus on health care and health finance issues. Other books focus on American government, culture, and civic society.

Dave has spoken across the country as a keynote speaker or educator about a variety of subjects, including government, culture, and politics. Since 2006, Dave has been speaking about health care reform, including legislative and congressional actions related to the financing and delivery of medical care. Dave has spoken to health care finance and provider professionals, physicians, employers, civic groups, and churches.

Dave is a member of the National Association of Health Underwriters and its Minnesota chapter, MAHU. In 2020, the Freedom Foundation elected Dave as a Director and Secretary of the Board, as well as President of the Freedom Foundation’s operational organization. Dave is a health care advisor to the Heartland Institute and a former member of the Board of Directors of the Minnesota Physician-Patient Alliance.

Since 1999, Dave taught American Government-For Real!! and Student Senate to home school high-school students in St. Paul. He emphasizes the original intent of the Constitution as informed by the Declaration of Independence. Dave has written and produced all the course materials from which he teaches. Since 2001, Dave has taught Student Senate and added Contemporary Issues to his teaching in 2017.

Dave is the CEO and President of DGRCommunications, Inc. and of Alethos Press, a small publishing company.

Dave’s political experience includes running for the Minnesota legislature four times – with GOP endorsement – managing the Menning for Governor Campaign (1985) and serving as the National Campaign Manager for Alan Keyes for President 1996.

Dave is a Vietnam-era veteran of the United States Air Force (1967-1971), and a member of First Evangelical Free Church of Maplewood, Minnesota.

Ric Olson graduated from Bethel University in Minnesota, with a double major in Business/Economics and Political Science. He holds a Master’s Degree in Communications from Wheaton College and a Master’s Degree in Christian Thought and Bioethics from Trinity International University. Olson is a Certified Public Accountant registered with the State of Illinois.

After work experiences in retail management and sales as well as working for the Internal Revenue Service, Ric Joined the Swedish Covenant Hospital as a budget manager. His duties included working with the provision of accounting and financial services to a loose network of Covenant retirement communities around the country.

After moving to Minnesota in 2017, Olson began teaching as an adjunct professor in business communications and health care finance at Bethel University, and he launched Lessons Learned Solutions LLC, where he consults with and provides coaching for elder care and a variety of non-profits.

Olson was raised as a preacher’s kid. His Dad pastored churches in Minnesota, Nebraska and Washington through Ric’s college days. His Grandfathers were Christian businessmen – one on the south side of Chicago, Illinois and one in St. Paul, Minnesota. 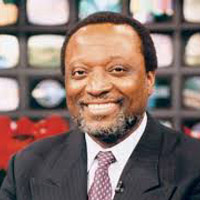 Many people consider Ambassador Alan Keyes, PhD, as one of America’s premier thinkers and orators. His passionate deliveries are supported by social, historical, and theological context touching on natural civil rights, governance and always on human life.

Dr. Keyes is the first black Republican Frederick Douglass, to stand as a candidate for the President of the United States, which he did in 1996 and 2000. In 1988 and 1992, Keyes ran for the United States Senate in Maryland. Many recall that in 2004, Illinois Republicans persuaded Keyes to run as their nominee against Barack Obama for the U.S. Senate.

President Ronald Reagan appointed Dr. Keyes as his Assistant Secretary of State for International Organization Affairs and as Ambassador to the United Nations Economic and Social Council.

Dr. Keyes holds a Ph.D. in government affairs from Harvard University and wrote his dissertation on constitutional theory. His basic philosophy about government is “Declarationism” teaching that the U.S. Constitution cannot be faithfully interpreted, understood, or applied apart from the divinely-premised principles of the Declaration.

Hand in hand with his devotion to the United States of America and its republican form of government, Dr. Keyes is also a strong supporter of Israel, and in 2002 he was flown by the Israeli government to the Holy Land to receive an award for his staunch defense of Israel in the media. He is the only American ever to receive such an honor from the State of Israel.

Dr. Keyes continues today to reach out to the American public, pleading for a return to morality, civility, and a faithful reliance upon the Laws of Nature and of Nature’s God for inspiration and guidance.

Dr. Marlo Lewis, Jr. is a senior fellow at the Competitive Enterprise Institute. Lewis writes on global warming, energy policy, and the moral basis of free enterprise and public policy issues. He holds a Ph.D. in Government from Harvard University and a Bachelor of Arts in Political Science from Claremont McKenna College.

Dr. Lewis has been published in The Washington Times, Investors Business Daily, TechCentralStation, National Review, and Interpretation: A Journal of Political Philosophy. He has appeared on various television and radio programs, and his ideas have been featured in radio commentary by Rush Limbaugh and G. Gordon Liddy.

Prior to joining CEI in 2002, he served as Director of External Relations at the Reason Foundation in Los Angeles, California. During the 106th Congress, Marlo served as Staff Director of the House Government Reform Subcommittee on National Economic Growth, Natural Resources, and Regulatory Affairs.

Dr. Lewis has also served as Research Director for the grassroots organization, Citizens Against Government Waste. Earlier, he was a Staff Consultant to the House Foreign Affairs Subcommittee on International Economic Policy and Trade, a Special Assistant at the State Department Bureau of Inter-American Affairs and Bureau of International Organization Affairs, and a Visiting Assistant Professor of Political Science at Claremont McKenna College.

Dr. Lewis can speak across a broad range of issues. These include the science, economics, and politics of global warming policy; the precautionary principle; environmentalism and religion; and the moral basis of free enterprise.